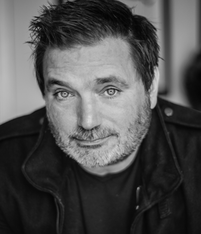 Dylan Altman
Originally from the great state of New Jersey, Dylan has been writing songs and performing in Nashville for more than 20 years.  He has had three #1 songs: Tim McGraw’s “Watch the Wind Blow By,” Jake Owen’s “Barefoot Blue Jean Night” and Jason Aldean’s “Take A Little Ride.”  Other artists who have recorded Dylan’s songs include Trace Adkins, Joe Nichols, Eli Young Band, Chase Bryant, Will Hoge and Trace Adkins.  He is an avid supporter and volunteer for Musicians on Call, an organization that provides live music for patients in area hospitals, and he co-hosts an annual benefit for JDRF (Juvenile Diabetes Research Foundation) with good friend and frequent collaborator Nashville recording artist Eric Paslay.  His proudest accomplishment is his beautiful daughter Isabella, who serves as his greatest inspiration. 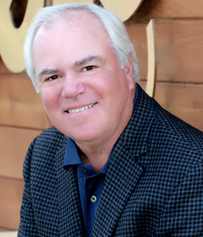 Craig Culver
​Co-Founder, Board Chairman, Brand Ambassador of Culver Franchising System, LLC
Craig Culver retired as CEO in 2015 but is still involved in the business as board chairman and continues to be the face and champion of the brand.  With now over 800 Culver’s franchises across 25 states and over 30,000 team members, Craig has become a leader in the food industry. 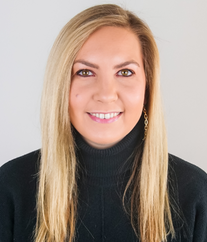 Kelly Dykhuizen
Senior Director | Customer Experience | Datassential
Kelly joined Datassential in 2017, where she specializes in analyzing food trends and providing actionable insights to clients.  Her background includes over 10 years of experience in both custom and syndicated research, primarily for CPG, foodservice, and retail clients.  Kelly has a BS in Marketing and Entrepreneurship from Indiana University. 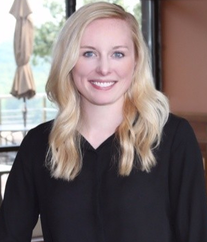 Liz Haferkorn
Senior Marketing Manager – Digital and Social Guest Communication and Engagement, Culver Franchising System, LLC
Liz Haferkorn joined Culver’s in 2015 and oversees digital and social guest communication and engagement, including the inception and growth of the ButterBurger brand’s TikTok channel. Her passion for social started during her time at an agency in her role prior to Culver’s, working on client social strategies for Procter and Gamble brands. 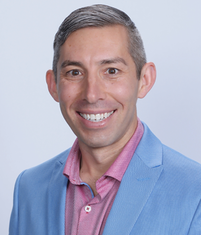 Damian Hanft
​Vice President, Brand & Culture Ambassador, Inspire Brands
As a teacher and a learner in it for the purpose, Damian believes that successful teams are developed through authenticity, radical candor and a lot of laughter. Damian currently serves on the board of CHART (the hospitality association for trainers) and as an advisory board member for the Multicultural Foodservice and Hospitality Alliance (MFHA).  He holds a bachelor’s and master’s degree from the University of Wisconsin. 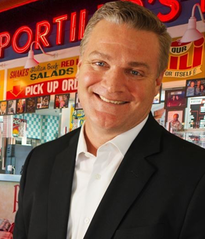 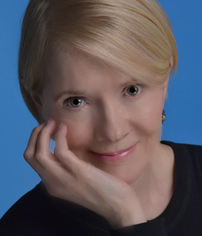 ​Nancy Kruse
​The best-known menu analyst in the foodservice industry, Nancy Kruse is a recognized authority and widely quoted spokesperson on food and menu trends.

In 1997, she founded The Kruse Company, which is based in Atlanta and dedicated to assessing trends and directions in food, menu and restaurant concepts. She authors State of the Plate, a column devoted to what’s happening on the menu that appears monthly in Restaurant Business, and she also co-authors Sweet & Sour, a monthly exchange of ideas on strategic issues impacting the foodservice industry.

In demand as a speaker, she has addressed national and state restaurant associations, as well as major restaurant and supermarket organizations, food manufacturers and distributors, and promotion boards across the US and around the world.
​
Prior to founding her own company, Nancy served as Executive Vice President for Technomic, Inc., where she conducted a wide range of consulting assignments for Fortune 500 food and restaurant companies. She has served on several boards, and she is an active member of the Women’s Foodservice Forum and Las Dames d’Escoffier International.

Nancy earned a Master of Arts degree from the Film School of Northwestern University and was a Woodrow Wilson Fellow in Russian Literature at the University of Wisconsin. She has also completed coursework at The Culinary Institute of America, where she has served as guest lecturer. In addition, Nancy has been named one of Linked In’s Top 100 INfluencers in the US, and she contributes regularly to the business-networking website. 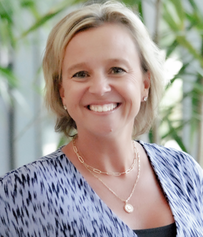 Leslie Niemeyer
Business Resource Consultant, Sysco
Over the last twenty years, Leslie Niemeyer's passion for the restaurant industry has continued to grow as she adapts to an ever-changing industry. The opportunity to share her knowledge as a Business Resource Consultant with Sysco has allowed her to partner with customers to bring growth and success.

The BRC team is made up of ten subject matter experts that use industry research, tools, and trends to conduct personalized, one-on-one virtual visits with their customers to meet goals or overcome challenges. Consultation topics vary from social media and marketing to operations, but ultimately revolve around profitability and how to help restaurants successfully grow their bottom line.

Her prior experience as a Sales Consultant with Sysco St Louis allowed her to be in the field with the customer where she quickly learned there is more to the industry than food. This drive for success and dedication to her customers earned her several awards, including repeat Chairman’s Club and Torchbearer recognition, both elite groups in the Sysco Family. 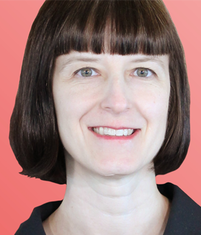 Lori Rakoczy
Associate Principal at Technomic
​She concentrates on custom consumer operator research, including both qualitative and quantitative methods for domestic and global clients. Her previous experience includes serving as senior economic advisor for the U.S. Agency for International Development, and senior project manager for Morningstar, Inc. Lori holds a bachelor’s degree in economics from the University of Chicago and a master’s degree in international relations from Johns Hopkins University. 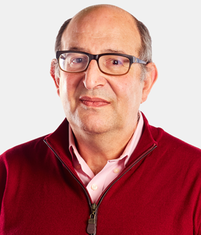 Peter Romeo
Peter Romeo is Editor At Large and Vice President of Content Innovation for the foodservice group of Winsight Media, which includes RestaurantBusinessOnline.com and FoodServiceDirector.com.

He also helps to plan content for Winsight’s foodservice-related conferences and expositions, including the National Restaurant Association’s annual convention, the Restaurant Leadership Conference, MenuDirections and FSTEC.

As VP of content innovation, Romeo is also involved in brainstorming new ways of delivering content and generating revenue for the foodservice group.

The multi-media positions cap a 40-year career as a business journalist, including 30 years as a chain-restaurant specialist for such information channels as Nation’s Restaurant News, QSR magazine, and the website of the National Restaurant Association. Romeo’s columns for Restaurant Business earned him two Jesse H. Neal Awards, business publishing’s equivalent of the Pulitzers.

He has been a frequent speaker at industry events, and delivered the commencement address to the graduating class of the Culinary Institute of America in Hyde Park, NY, in 2007.

Romeo graduated from New York University in 1979 with honors in history and journalism, and was inducted into Phi Beta Kappa. He resides in the upstate New York town of Olivebridge with his wife, Holly Klokis; three rescued greyhounds; and four slightly nervous cats. ​ 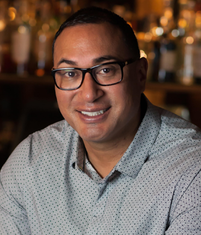 Omar Shaikh
Co-Owner of Carnevor and 3rd Street Market
​Milwaukee business owner and community leader Omar Shaikh is well-known for his award-winning restaurant Carnevor, one of the top-rated steakhouses in Wisconsin known for its amazing customer service and mouth-watering cuisine. He is also a partner in Wisconsin Ticket Concierge, O & B Consulting, and 3rd Street Market Hall at The Avenue and Tuk Tuk Chicago, a short-distance electric cab service.

Omar has a passion for moving the city of Milwaukee forward through his active involvement in the community. He currently services as board chairman of VISIT Milwaukee and is a member of the Wisconsin Center District board of directors. Omar was one of the leading advocates to get approval for the long-awaited expansion of the convention center, which will greatly benefit hotels, restaurants and retailers throughout southeastern Wisconsin.

He strongly believes in giving back to the community and is chairman of the Milwaukee Kitchen Cabinet, which has put together the ‘Three Days of Christmas’ initiative for the past several years to provide holiday meals and gifts for non-profit groups. Omar and his wife, Connie, have been leaders in raising money for the area’s nonprofits and community groups, serving as co-chairs for several record-breaking fundraisers, including the Harry & Rose Sampson Jewish Community Center’s KidShare and Sharp Literacy’s ‘A Novel Event.’ 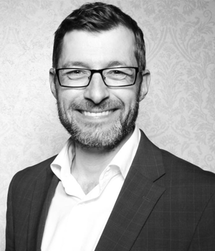 Spencer X Smith
Founder, AmpliPhi
Spencer X Smith is the founder of social media marketing company AmpliPhi, and an instructor at the University of Wisconsin and Rutgers University. He's formerly a VP of Sales for two Fortune 100 companies.

Spencer is deemed a "Social Media Expert" by Forbes, and AmpliPhi is the winner of five consecutive (2016-2020) InBusiness Magazine Executive Choice Awards for Social Media Consulting Company. Spencer has spoken at over 250 events since 2015, including a presentation at the New York Stock Exchange in 2017.

His book "ROTOMA: The ROI of Social Media Top of Mind" was featured in Forbes, and is an Amazon Bestseller. 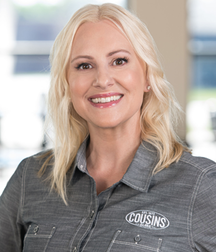 Christine A. Specht
Chief Executive Officer
Christine Specht grew up with Cousins Subs — the sub sandwich chain her dad, Bill Specht, founded with his cousin two years before she was born. In 2008, she became the President and Chief Operating Officer of Cousins Subs and in 2015 assumed the role of President and Chief Executive Officer following her father's retirement. In this role, she successfully brought new life to a legacy brand by leading a series of system changes, including a largescale rebranding strategy, implementation of grills in all restaurants, and inclusion of the brand’s Midwest heritage with signature local products throughout its menu. Under Specht’s leadership she strengthened the brand’s unit-level economics, created a strong core of franchise partners, and positioned Cousins Subs for growth. In January 2019, Specht transitioned from her two-part role to narrow in on her responsibilities as CEO. In this leadership role she remains the visionary for the brand, focusing on building a strong culture throughout Cousins Subs system while continuing to lead growth and strategy. Specht also leads the brand in helping to adapt to the ever-changing needs of guests through advancements in technology and innovation.

Specht earned a bachelor's degree in criminology and law studies from Marquette University. While she worked toward her master's degree in public administration from American University in Washington, D.C., she spent time in the human resources departments of the National Oceanic and Atmospheric Administration (NOAA) and the National Academy of Public Administration in Washington. Specht serves as the Chair of Concordia University Wisconsin and Ann Arbor’s Foundation Board, a director of The Management Association (MRA), a director of the First Federal Bank of Wisconsin (FFBW), a director on the FFBW Community Foundation, a director of Serigraph, Inc. and is the President of Cousins Subs Make It Better Foundation board. Specht has received the Cum Deo award from the Lutheran High School Association in 2017 in honor of her Christian service and accomplishments in business. In 2018, Specht was honored as one of the Milwaukee Business Journal’s Women of Influence and recognized in FastCasual magazine’s “Women in the Lead” series.